Since 2006, Visceral Visions has offered workshops and mini-intensives with master voice teacher, David Smukler, for Vancouver-area performers, directors, teachers, business leaders, and other professionals. Participants in our most recent mini-intensives in April 2018 commented on their experiences:

David’s workshop was fantastic. In just five evenings I walked away not only with specific and immediately applicable tools for any actor (film, TV, stage, voice over, radio) but also with a better understanding of how to explore further on my own. I’m particularly excited about the discovery of new ways to figure out the right questions to ask of a text or scene, and my relationship to it through breath. - TN

David's passion for the voice and body is infectious. I value every opportunity to work with him. A master teacher, he is able to meet the actors where they are in their journey, and to personalize his teachings, so that you walk away feeling empowered, curious, and better connected to your voice. Most importantly, he plants the seeds of curiosity, a supportive foundation for an actor to begin exploration of authentic voice, or to come back for fine-tuning and further growth. - QN

I have had the pleasure and honour of studying with David Smukler for the last 14 years. I'm so grateful to Valerie for continuing to bring him to Vancouver so that we can keep up our practice. I have become a curious researcher, and fallen in love with the process again...This is essential work to keep us going on the path of discovery, and becoming more authentic and present actors. - FP

Sign up to receive updates about future workshops with David in Vancouver. 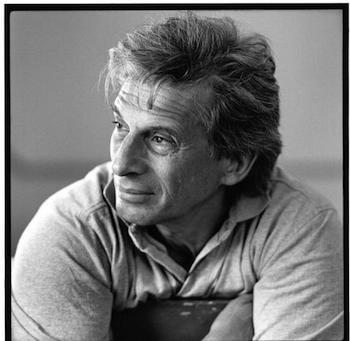 Mr. Smukler is one of the most respected voice teachers in North America. He is the Artistic Director of Canada's National Voice Intensive held each year in Toronto, and spent more than 25 years as a member of the faculty of York University’s Department of Theatre, where he supervised the Voice Teacher Diploma in the MFA Acting Program. After training at Carnegie Institute of Technology and Columbia University, he had a Rockefeller Grant to study voice production according to the principles of Iris Warren under Kristin Linklater. As a voice coach in Canada, England, the Netherlands, and the US, he has worked in film, television, radio, and theatre (classical, contemporary, experimental, opera, musical theatre), with such companies as: the Stratford Festival (nine seasons), Alberta Theatre Projects, CanStage, The Royal Alex, The National Arts Centre (Canada); the Tyrone Guthrie and the Open Theatre (United States), the Royal Court and the English Opera Group (England); as well as the Apple, Centrum and Globe theatre companies (The Netherlands). He has taught at major drama schools in the US, England, The Netherlands, and Canada.