Visceral Visions was proud to be one of 14 local companies presenting short plays about climate change as part of Climate Change Theatrical Action Vancouver. 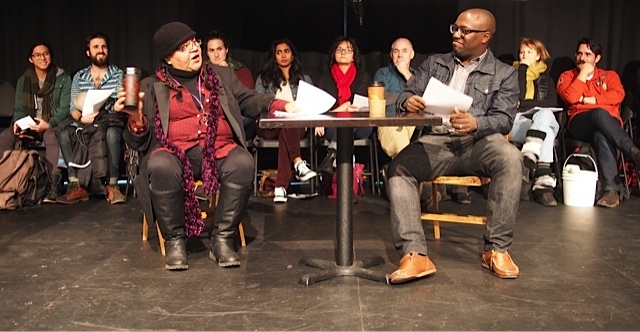 Organized by Kendra Fanconi and Elaine Avila, CCTA Vancouver was one of more than 90 such events worldwide, featuring the work of 50 playwrights from 20 countries, coinciding with the United Nations 2015 Paris Climate Conference (COP21). Visceral Visions thanks the playwright, Deborah Asiimwe, for her kind permission to make script adjustments to Them and Us specifically for our Canadian audience, which allowed us to centre a First Nations perspective/voice.