My theatre will be intersectional, or it will be bullshit. What about yours?

Those were the final words in an essay I wrote entitled, The Danger of a Single Story, which appeared in the Winter 2016 edition of the Canadian Theatre Review, at the invitation of guest editors Rebecca Burton and Laine Zisman Newman (co-organizers of the EIT initiative) for an issue devoted entirely to the notion of "Equity in Theatre". The title was inspired by and borrowed from the remarkable 2009 TED talk by Nigerian writer Chimamanda Ngozi Adichie, and as noted in the magazine's contents page, I argue that "the danger of the single story is that people fail to see the possibility of other stories that have been ignored and erased from history" - a pretty crucial matter for a cultural sector, the theatre, that is all about telling stories. 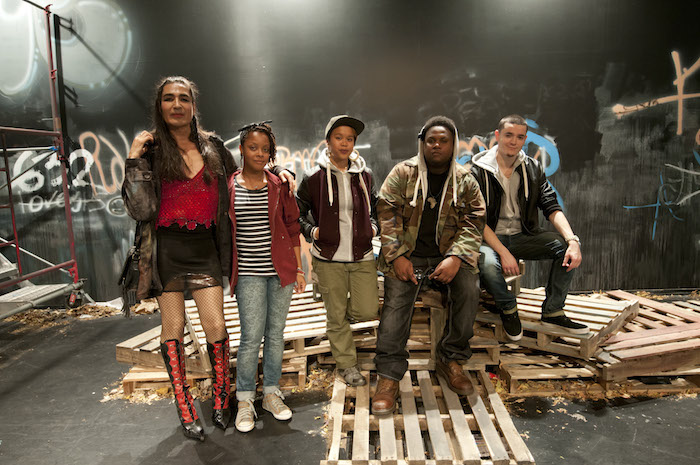 My deepest thanks to Black Theatre Workshop for providing permission to use the above image in my article, which seemed to me to perfectly express the 'tude of the challenge inherent in those final words - words that, incidentally, paraphrased the title of an awesome blogpost by feminist Flavia Dozodan, to whom I am also indebted for inspiration.

You can read the full essay here, but since it's a PDF version, I'm providing links to a few other citations in the article, such as Dylan Marron's hard-hitting Tumblr project, Every Single Word Spoken by a Person of Color, and #SolidarityIsForWhiteWomen.